Once the embryonic transfer has been completed and the embryo has been deposited at the bottom of the uterus, it’s necessary to wait about 12 days until the pregnancy test can be reliably performed. This is a waiting period which, in most cases, seems a lengthy one that’s often accompanied by nerves and impatience until the moment when the result becomes known.

It’s very common for patients to wonder if there are any symptoms, any signs to indicate whether the embryonic implantation has taken place, which would thus alleviate the uncertainty of this waiting period to an extent.

What is embryonic implantation?

It’s the process during which the embryo adheres to the endometrium (walls of the uterus) and it’s at this moment, on the seventh day after fertilisation, that the gestation begins.

From the moment the sperm and egg are fertilised, the embryo begins to divide and advance along the fallopian tubes until, up to 6 days later, it reaches the uterus, which is when the implantation occurs. There then begins the synthesis of the B-HCG hormone, which is the one the pregnancy test is able to detect seven days after implantation in the uterus.

Initially there are no symptoms that can reliably predict a pregnancy; to obtain a result it will be necessary to wait until the blood pregnancy test has been performed.

It’s very important to bear in mind that the fact that there are no symptoms doesn’t mean an implantation hasn’t taken place. In fact, the few indicators of an implantation are very finely drawn and subjective, so it’s difficult to distinguish them from the effects of the hormonal stimulation carried out during this period.

The potential symptoms or signs of an implantation include the implantation bleeding. This can be observed in just three out of ten pregnancies. It’s less intense and lighter than menstruation and shorter in duration (as little as a few hours), the colour is more intense and darker and there are no clots.

When the embryo adheres and is implanted in the inner part of the uterus, the most superficial parts of the blood vessels burst, as it literally invades the tissue (endometrium) of the uterus. From then onwards, new connections are formed with the embryo of arteries, veins and capillaries that will allow nutrients and oxygen to be exchanged during the pregnancy. 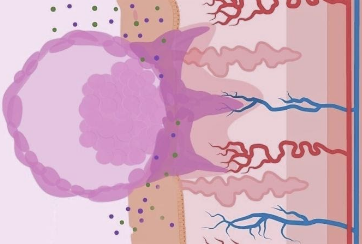 The blood that’s lost during this process of breaking down and generating new connections with the embryo constitutes the implantation bleeding.

In any event, the endometrium is a highly vascularised tissue and small amounts of bleeding can occur naturally for reasons other than implantation.

As mentioned above, these are quite subjective symptoms that aren’t very obvious and not exclusive to implantation.

It’s very difficult to differentiate them from all the symptomatology caused by the medication used during the treatment and, therefore, they are by no means infallible signs that an embryonic implantation has taken place.

Your Assisted Reproduction and Gynaecology Clinics 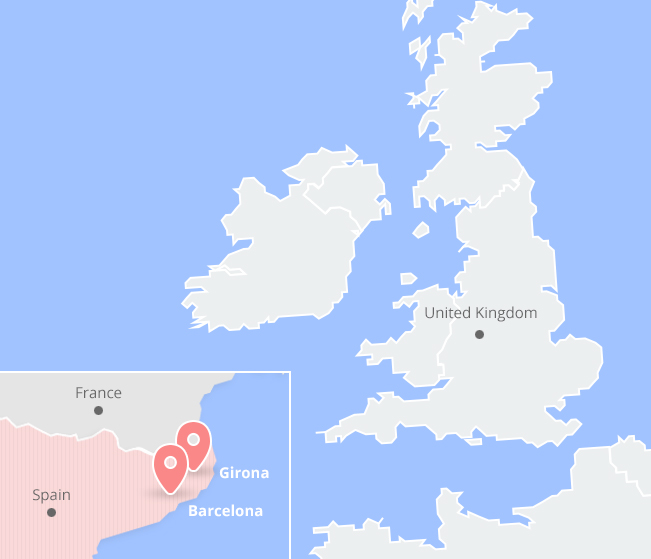 In compliance with the Organic Law 15/1999 of Personal Data Protection, GIREXX informs you that your identification personal data, together with some of those in your personal and medical report that may have been obtained during the medical assistance will be incorporated in a medical history data base which is the property of FIV Girona S.L.P.

The objective of gathering these data is to be able to provide a quality medical service and carry out administrative and organisation processes in the clinic. Unless you request us to do so, your data will not be transferred to external organisations. You can exercise your right to access, amendment, cancellation and opposition over your personal data by contacting the clinic’s administrative department.

All the information gathered is indispensable to be able to offer medical assistance. FIV Girona S.L.P. guarantees total confidentiality of these data as it has implemented the safety measures established in the Royal Decree 994/1999 of 11th June.

In compliance with what establishes the Organic Law 15/1999, of 13th December, of Personal Data Protection, FIV Girona S.L.P. (NIF B17944760) informs that your data gathered in this web site will be compiled in an automatic file which will be property of FIV Girona S.L.P. and will also be incorporated to the Data Protection Agency, the aim being to attend your requests. By virtue of the fifth article of the afore-mentioned law, you will be duly informed in all our forms about the objective and use of all the data you may provide.

The data you may provide in the documents of this web site will be compiled in an automatic file which will be property of FIV Girona S.L.P. and will also be incorporated to the Data Protection Agency. These data will be liable to be used for internal management of commercial contacts which may require information or with those with which a commercial relationship is maintained.

Unless in fields where it is stated otherwise, the answers to the questions about your personal data are voluntary. The user takes full responsibility for the truthfulness of the data provided.

In compliance with what establishes the fifth article of the Organic Law 15/1999, of 13 th December, of Personal Data Protection, you have the right to access your data or unsubscribe from the data file by writing a request to Atenció LOPD, FIV Girona S.L.P.,Heroïnes de Santa Bàrbara, 6, 17004, Girona, Spain or to girexxenglish@girexx.com, observing this way what the article 5.4 of the afore-mentioned law establishes.

The cookies are small text files that are installed computers from which you access our website. They can store ID of the user that visits the website and the sites he browses. When the user (you in this case) revisits the website and reads cookies to identify him and to reset his preferences and navigation settings. If a user does not authorize the use of cookies certain services or functionality of the website might not be available.
We want this site provides a good service and is easy to use. Our goal is to provide products and services. In this sense, cookies allow us to:

Some cookies are from external partners and they are for:

The necessary cookies help to make a web page usable by activating basic functions such as web page navigation and access to secure areas of the web page. The website cannot function properly without these cookies

Functional cookies help to improve the browsing experience of users with additional functionalities.

You can revoke consent to the use of cookies eliminating them through the options offered by your browser.

If you would like additional information about the activity of the companies advertising on the Internet and on how to remove your data from the records of these companies, we recommend the visit www.networkadvertising.org.

You can set your browser to alert you in advance of the possible installation of cookies. You can also choose to be automatically deleted once you close your browser, computer or device. You can find information about how to do it:
– For Firefox
– For Chrome
– For Explorer
– For Safari
– For Safari per iOS
– For Opera

They are anonymous and necessary to maintain your browsing preferences and the proper functioning of our website.

Analytical cookies are from Google Analytics, Google Adwords and Google Tag Manager and are used to analyze and evaluate the performance of this website, providing information on user navigation, such as the most viewed pages, session time, etc. The data collected with these cookies is pooled for analysis and used to improve our website. Keep in mind that, if you accept third-party cookies, you must delete them from the browser options or from the system offered by the third party itself.

Functional cookies are from Issuu and are used to view the documents we have on the issuu.com platform without leaving this website.